This great article from Complex highlights some of the desks from the most successful tech CEOs in the world. From Steve Jobs, Mark Zuckerberg, Steve Ballmer, Bill Gates, and more, the look at these incredibly successful CEOs desks show you the differences between each one and how no two desks are alike. To see the rest of this list, check out the article in its entirety here.

Where I Work: Minimalism, Hummingbirds and the Simpsons

This article gives you a great look at the desk of the found of Craigslist, Craig Newmark. One of the best local selling sites in the world today, it is fascinating to see how Newmark sets up his desk to accomplish the work he needs to to be successful. Minimalism is the key to success for Newmark. You can see the pictures of it here.

The founder of Microsoft still hasn't slowed down even after he left hist position as the chairman and chief software architect at Microsoft. Bill Gates' setup nowadays is very sleek, as he gets his work done on a tablet and three separate monitors. A tech genius puts 21st century technology to work efficiently for him. To see more of his workspace, check it out here. 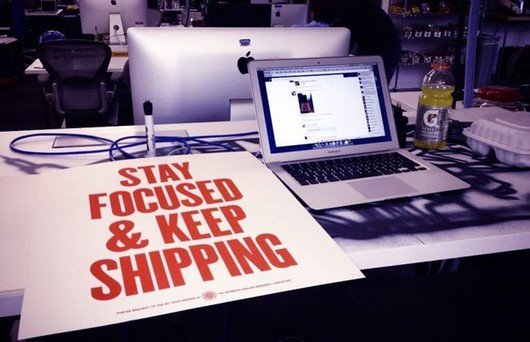 Tech wizards may seem like they have everything running very simply, but these desks may prove otherwise. While some of them certainly do keep things in a minimalist setup, others have a more cluttered area, showing you that there is no one single way to success. From Jobs, to Ballmer, to Zuckerberg, these are some of the desks of the biggest tech CEOs in the world. Check out the rest right here.

See What the Desks of 39 Successful People Look Like

Following the direction of successful people seems like a pretty good idea if you are trying to get there yourself, so why not compile a list of some of the best around the world. This extensive list by Business Insider features desks from the editor-in-chief of The Huffington Post, the founder of Chegg.com and more. Take a look at the complete list right here.