How to Minimize Noise in Your Office and Increase Productivity

Posted by Jennifer Hamilton on January 28, 2019

Loud noise is more than just a nuisance for office workers. It’s a major distraction that diverts workers’ attention away from their respective tasks, resulting in lower productivity levels. When exposed to constant loud noise, office workers will work will more slowly. As a business owner or executive, you don’t have to maintain a dead-silent environment in your business’s office, but you should keep the noise to a minimum. Regardless of the type of business you run, there are ways to reduce noise in your office so that it doesn’t hurt your business’s productivity.

The Impact of a Noisy Office: What You Should Know 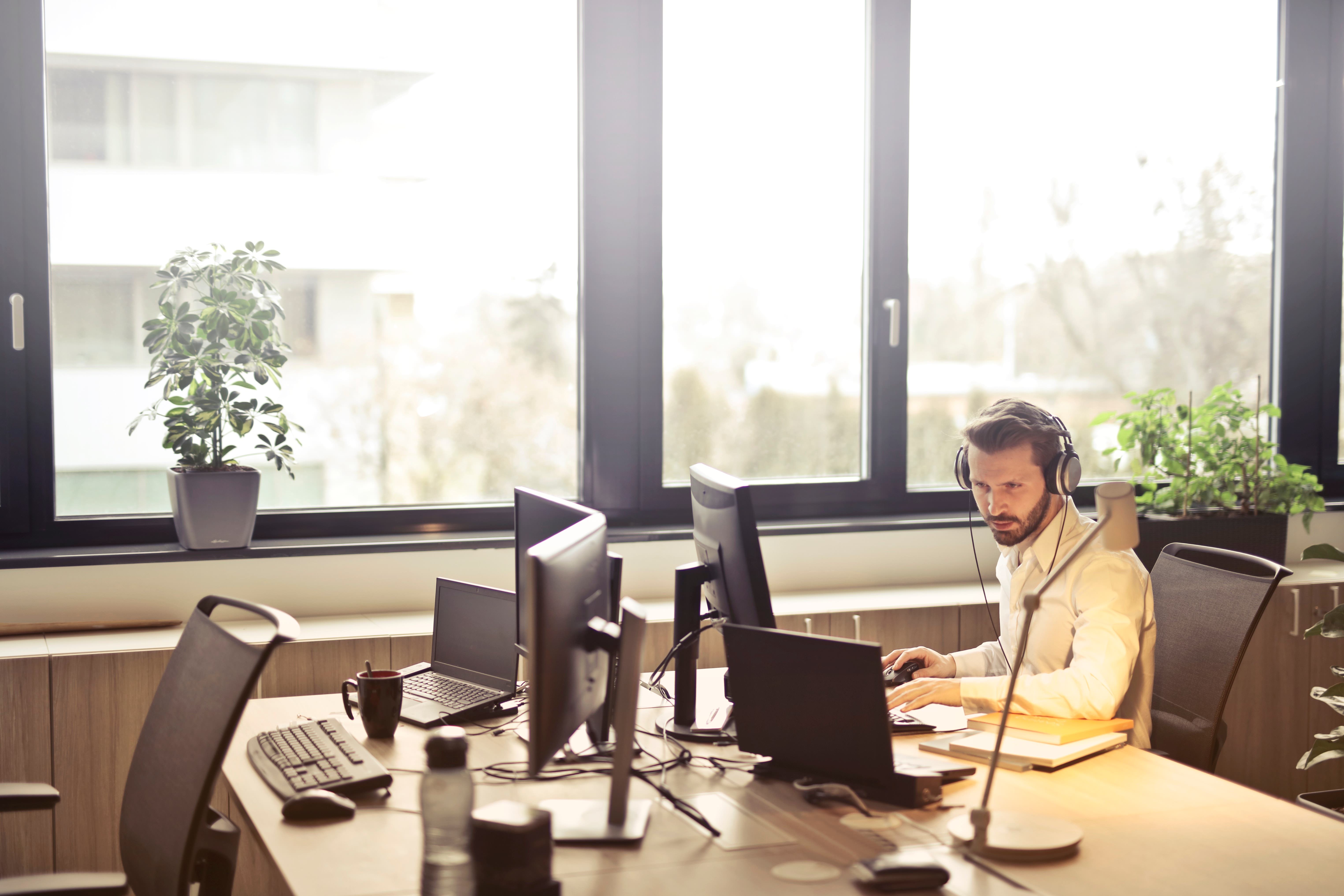 Before we reveal ways to minimize noise in an office, let’s first discuss why it’s important. According to a University of Sydney study cited by the Harvard Business Review (HBR), lack of sound privacy is the biggest frustration reported by office workers. After surveying thousands of office workers, University of Sydney researchers found that more workers complain about lack of sound privacy than indoor temperature, air quality, lighting, furniture and even office cleanliness.

In some cases, exposure to loud noise can cause hearing loss. The Occupational Safety and Health Administration (OSHA) explains that short-term exposure to loud noise causes temporary ringing in the ears – a condition known as tinnitus. Prolonged exposure, however, can cause permanent hearing loss by physically damaging the otherwise delicate cellular membrane of the inner ear. 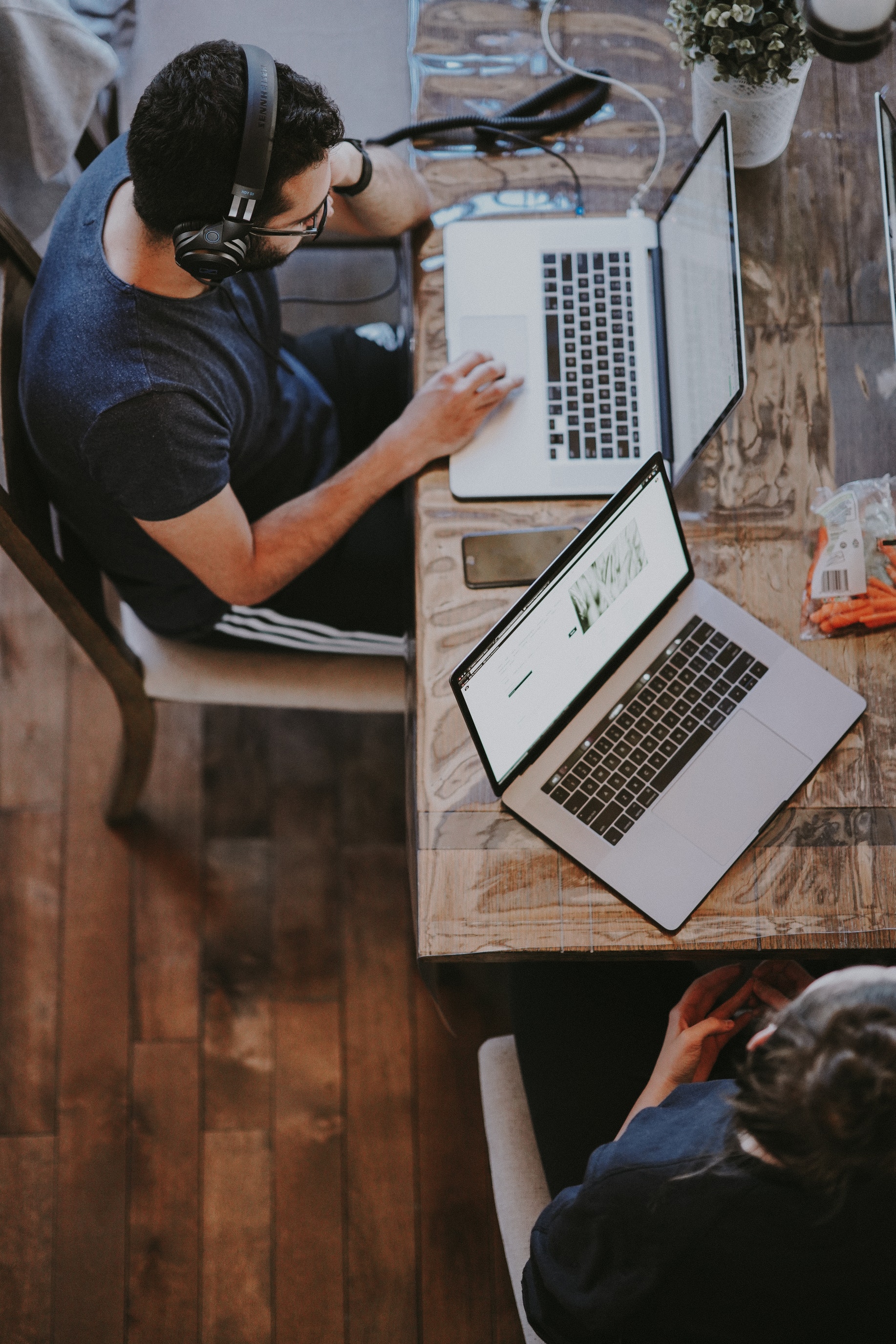 To combat noise in your office, you should first identify the source. While no two offices are the same, many suffer from noise generated by computer speakers. When a dozen or more workers are using computers at once, the noise produced by each of those computers can quickly add up to create a chaotic and distracting environment. But you can prevent this from happening by asking workers to wear headphones or a headset when using their computer.

When wearing headphones or a headset, office workers can use their computer without distracting their coworkers with unnecessary noise. Furthermore, these accessories can block out ambient noise. There are noise-cancelling headphones and headsets, for example, they live up to their namesake by canceling outside noise. Purchasing a pair of noise-cancelling headphones or a headset for each worker costs money, but you must think of the long-term benefits it offers in the form of increased worker satisfaction, productivity and health.

The type of drywall panels used in your office’s construction can affect the amount of noise to which workers are exposed. Traditional drywall panels – made of calcium sulfate dihydrate (gypsum) – will reduce some noise in an office by absorbing sound vibrations. However, there are other types of drywall that are designed to specifically to minimize the greatest amount of noise. Known as acoustic drywall panels or soundproof panels, they contain a combination of gypsum as well as sound-absorbing polymer materials to block an even greater amount of noise. Replacing your office’s current drywall panels with acoustic panels isn’t an easy task. If you’re willing to embark on this major renovation project, though, it can help you create a quieter environment in your office.

There are also acoustic ceiling panels that, like acoustic drywall panels, are designed to absorb sound vibrations and reduce loud noise. They are usually made of multiple layers of composite sound-absorbing materials, with some featuring Sound Attenuation Batts (SABs) to further reduce indoor noise. Simply remove your office’s current dropped ceiling panels and replace them with acoustic ceiling panels of the same size. Once installed, the panels will absorb noise to provide workers with a more peaceful environment in which to work.

As you may know, the ceiling you see in your office isn’t a real ceiling. It’s a dropped ceiling, also known as a suspended ceiling, that hangs from a grid-like frame. Above the dropped ceiling is electrical wires and utilities, with the real ceiling located above the wires and utilities. To minimize loud noise in your office, remove the dropped ceiling panels and pad the top of it with a thick layer of fiberglass insulation. You then install the insulation-padded ceiling panels back into place. Not only will this absorb sound vibrations, but it also reduces loss of thermal energy, meaning you’ll save money on your office’s heating and cooling expenses. 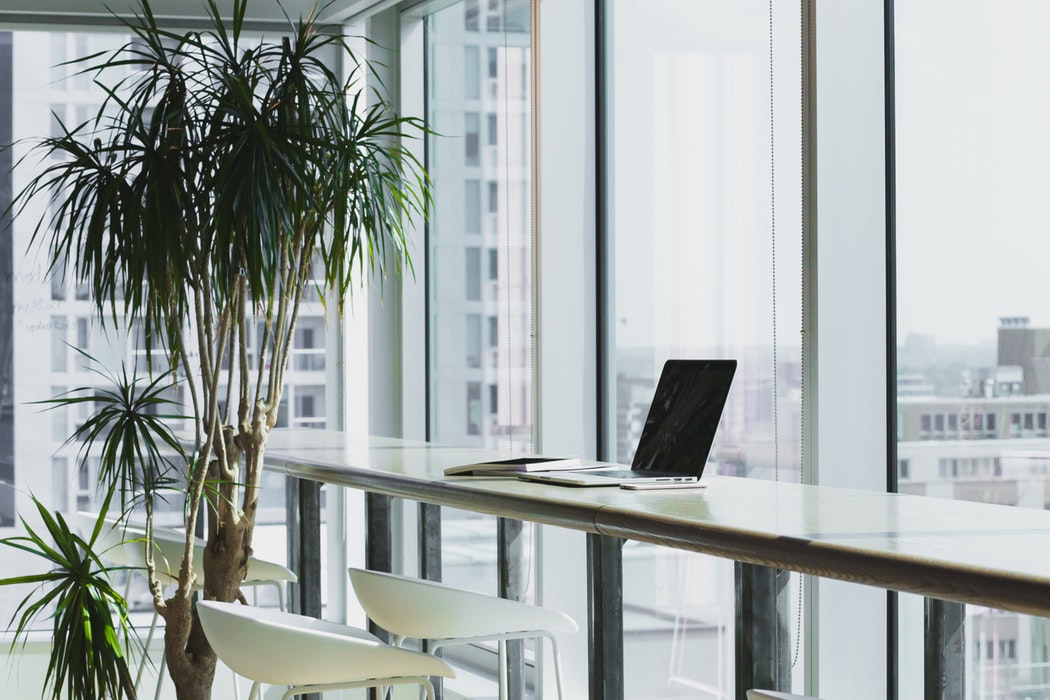 Even if you’re not interested in renovating your office with new drywall or ceiling panels, you can still minimize loud noise by decorating it with plants. Plants are typically used in offices for aesthetic purposes. They introduce new colors and visual elements to enhance an office’s décor. But decorating with plants can reduce noise in your office as well. A study conducted by researchers from London South Bank University (LSBU) found that placing a few hedge plants in an office reduces noise levels by an average of 5 decibels. When placed in an office, plants absorb sound vibrations to promote a quieter environment.

To reap the noise-reducing benefits of plants, it’s important that you choose the right variety. All plants absorb sound vibrations, but some absorb more than others. Here are a few of the best sound-absorbing plants for offices and other indoor spaces: 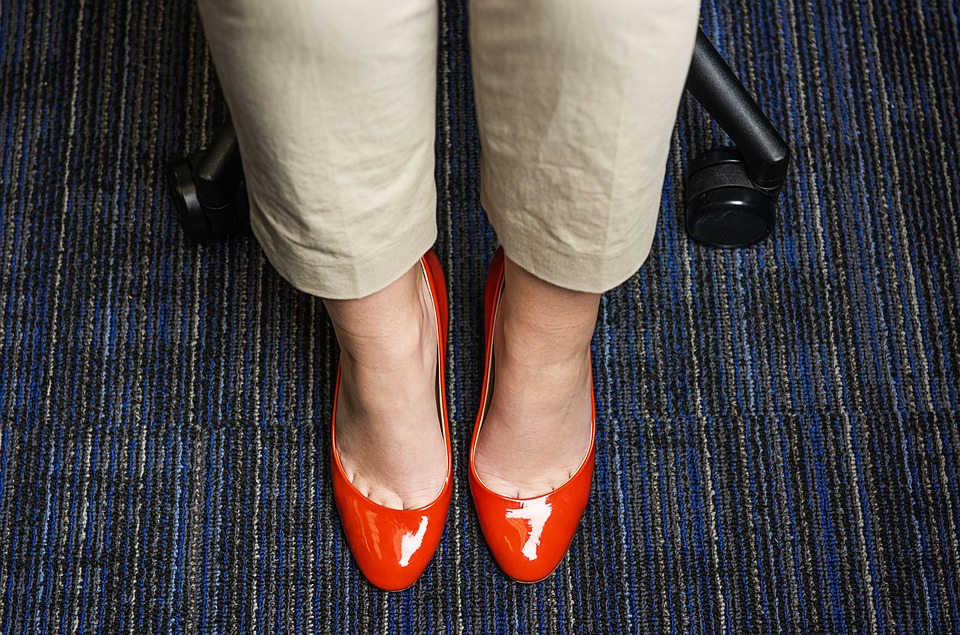 If you’re going to install carpeted flooring in your office, install it over thick padding. Also known as a carpet cushion, carpet adding is a soft material – typically made of urethane foam – that acts as the foundation for carpet. It’s availability in a variety of sizes, with most commercially used carpet padding being three-eighths of an inch thick. Using a thicker padding, such as a half-inch thickness, will provide greater sound absorption in your office.

If you’re currently using an open office design, consider switching to an enclosed design with individual cubicles or workstations. According to TechRadar, workers in open offices are about two-thirds less productive than their counterparts in enclosed offices, primarily because they are exposed to more noise. An open office design is characterized by an open layout in which there are few or no walls separating workers’ workstations. Studies have shown that open offices foster teamwork and collaboration, but they also create a distracting environment due to noise. Shifting from an open design to an enclosed design, however, can minimize loud noise in your office. 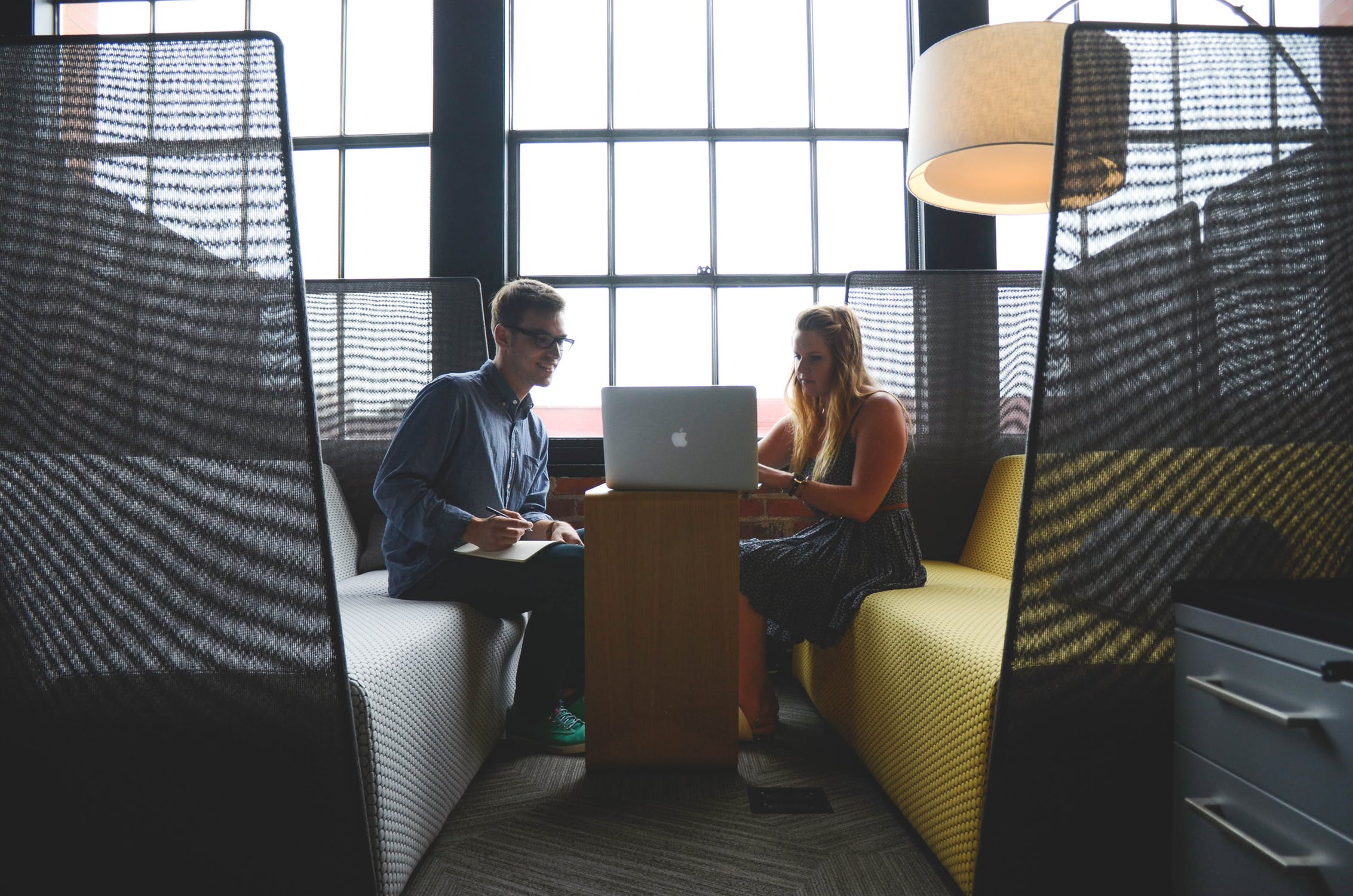 Whether you use an open or enclosed office design, create a dedicated quiet zone where workers can perform their tasks without being distracted. According to a report by CNBC, more than half (58%) of high-performing employees in the United States say they need better access to quiet spaces. A noisy office is simply too distracting for workers. It diverts their attention away from what they were doing, forcing them to stop midway through a task. This is concerning because statistics show that it takes workers an average of 25 minutes to regain their concentration after being interrupted from a distraction.

A dedicated quiet zone can be used for more than just working. They can also be used for resting and relaxation. Some businesses, for example, have yoga and meditation rooms where workers can perform yoga or meditate, respectively, whereas Google and the National Aeronautics and Space Administration (NASA) have sleeping pods where employees can take short 20- to 30-minute naps.

Use a White Noise Machine

Some business owners and executives use white noise machines to minimize noise in their office. When turned on, these machines produce relaxing sound in the form of rainfalls, wildlife or ocean currents. White noise machines don’t necessarily reduce noise levels. Rather, they mask unwanted and distracting loud noise with soothing, relaxing sound. One report suggests that using a noise machine restricts conversations from traveling farther than 20 feet. In other words, workers farther than 20 feet away from a noise source, such as a conversation between two other workers, shouldn’t be able to hear it.

In addition to bookcases, other types of office noise-reducing office furniture include:

Most traditional furniture materials are effective at absorbing sound vibrations. Glass, however, is an exception. Glass office furniture offers little or no noise-reducing benefits. You can still include glass furniture in your office’s design, but don’t expect it to reduce noise levels.

If your office has cubicles, consider soundproofing the walls. Most office cubicles feature thin, lightweight partition walls that aren’t particularly effective at absorbing sound vibrations. Rather, these walls are designed to provide workers with visual privacy – not sound privacy. But you can improve the noise-dampening effects of partition walls by lining the inside with mass-loaded vinyl (MLV).

Also known as limp mass barrier, MLV is a special type of sound-absorbing vinyl material that’s relatively thin yet heavy in mass. Its heavy mass allows MLV to effectively absorb sound, making it the perfect solution for cubicle walls. Just line the inside of cubicle walls with a single layer of MLV to promote a quieter environment for workers. 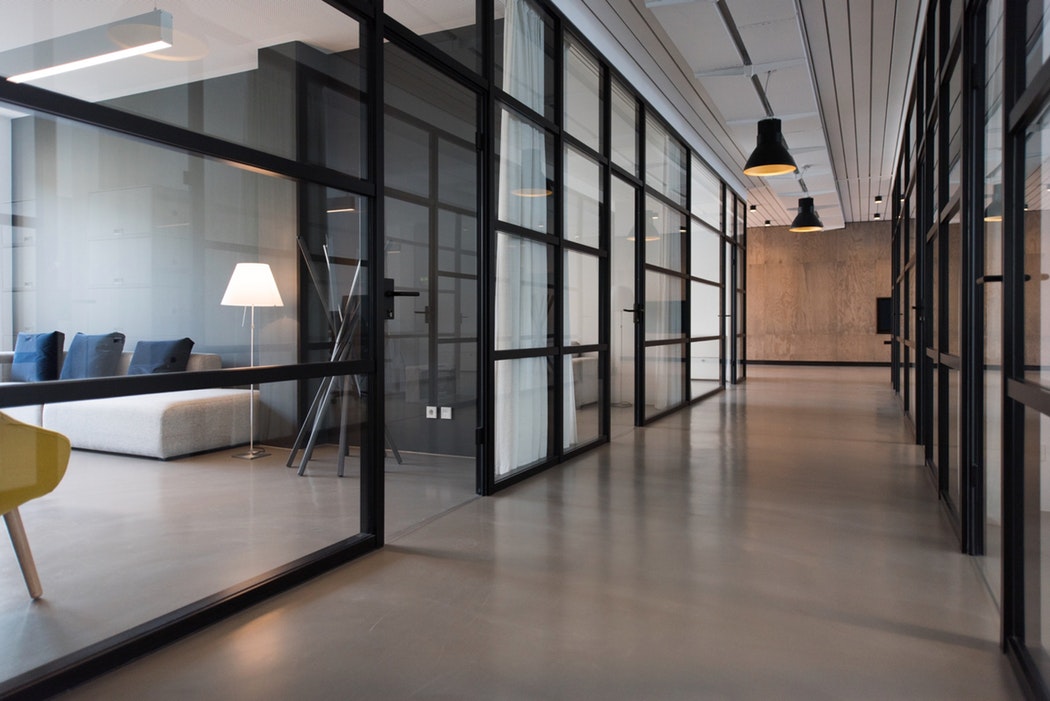